Determining the date of genealogical events

The online indexes usually show the year when the birth, death or marriage was REGISTERED.  This does not necessarily mean it is the year of the actual event.  In some cases, BDM registrations were delayed, especially in country areas where the registrations were sent to the registrars office in bulk. Also, events that occurred in December were often not recorded until January which may create some confusion.

Scouring the UK census data often leads to various potholes especially around the years of mass migration to Australia and the USA (1840 - 1870). It's worth remembering that not all who travelled overseas stayed where they landed, or had any intention of staying. Sometimes the intent was purely to solve short term economic problems.

Have you noticed how European ancestors, particularly the British ones, often carried the same first names down through the family lines?

This is not by chance but more dictated by conventions that many adhered to in the 1700s to 1800s. Biblical names were not uncommon also, reflecting a family commitment to a certain faith, as were names that honoured Royalty or influential people such as Napoleon. In general though, family names honoured people in the direct family line. Naming conventions vary according to culture with some adopting slight changes according to gender, such as Francis and Frances. Others, particularly last names, reflected geographical names such as Victoria and can often be seen in the addition of “ton’ to the end of a place name indicating the place of origin. Occupational designations such as Miller stemmed from as early as the twelfth century. 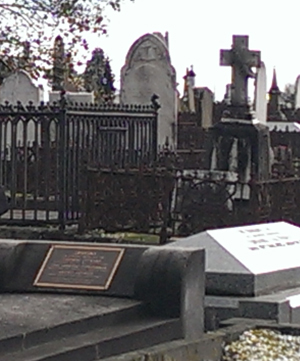 Tracing family history is one of the fastest growing interests in Australia, with more people than ever using online records to discover elusive relatives. Sites such as Ancestry and Trove are now making this process easier than ever but for many, the records are just the beginning. In Australia, genealogy tourism is seeing a renaissance as more people plan their holidays to include places surrounding their ancestral stories. Going beyond a series of names and dates - actually walking in the footsteps of those that came before us, is now within everyone's reach.

Most Australian gravesites have perpetual tenure meaning the site cannot be resold or reused and are reserved for the inhabitant in perpetuity. However this is only generally true where the site was originally purchased and not provided by the state. In some cases sites do have limited tenure (of say 50 to 100 years) in which case the cemetery is free to resell the plot once tenure has expired. In this case often the remains will be removed to another location along with any headstone.

Many of the interment lists for Australian Cemeteries are coming online and they are extremely useful resources for family historians especially when you cannot easily visit. Thanks in large part to the dedication of volunteers many headstone photos are viewable online too. Headstone inscriptions also possibly give the most accurate date of death. This can be useful where dates transcribed in the many digital indexes seem confusing or inaccurate. Often headstones will list the name of a partner and family members too. 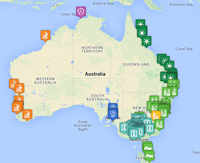 We are pleased to showcase our new interactive map of histroy groups throughout Australia.

With over 300 groups listed and growing, use this new handy tool to find a group in your area of interest.  Use your mouse to zoom in to see more, out to see less or scroll around to pop more markers. Mouse over or click a marker for more information. 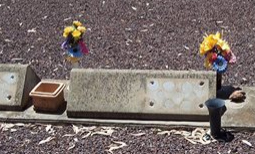 This article recently appeared in the Bendigo newpapers showing the blatant disregard some people have for graves.

There has been a spate of theft across our cemeteries as robbers look for value in the metals contained in the plaques. It's illegal and disgusting.

As we are constantly looking for and linking to websites of historical interest we have listed below 16 tips for history societies to use to help promote themselves to the wider community.